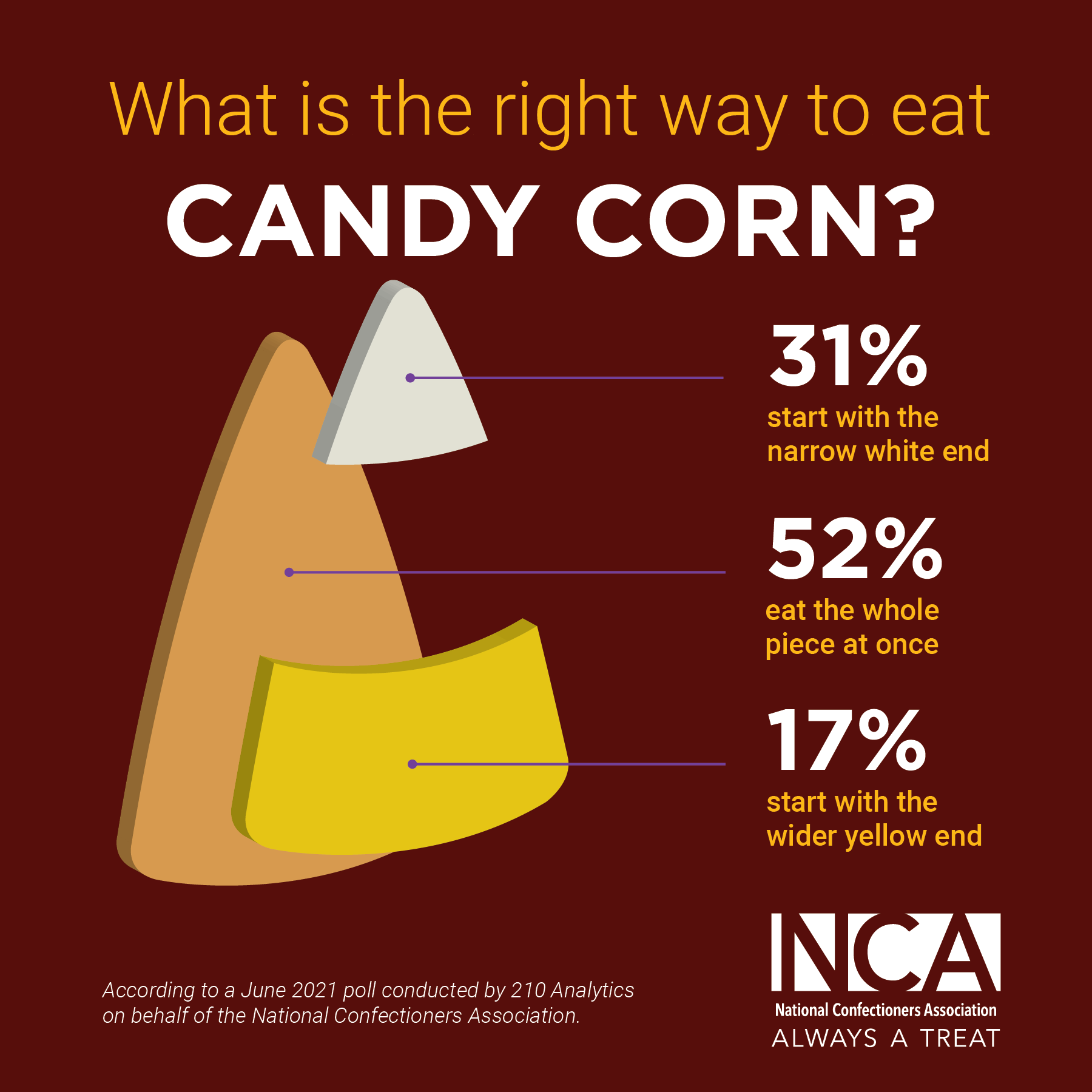 Candy corn has existed for more than 100 years. According to legend, a Wunderlee Candy Company employee named George Renninger invented the confection in the 1880s. The Goelitz Candy Company (now Jelly Belly Candy Company) started producing candy corn around the turn of the century and continues the tradition today.

Candy corn first appeared when the United States was a largely agrarian society, and its tri-color design was considered revolutionary. Lack of automated machinery meant that candy corn was only made seasonally, likely starting production in late August and continuing through the fall. It has remained unchanged for more than 100 years and is a favorite at Halloween.

How is Candy Corn Made?

In the 1900s, many men needed to work together to produce candy corn. Sugar, corn syrup and other ingredients were cooked into a slurry in large kettles. Fondant and marshmallow were added to give a smooth texture and bite, and 45 pounds of warm candy was poured into buckets called runners. Men called “stringers” walked backwards, pouring the candy into cornstarch trays imprinted with the kernel shape. It took three passes to make the white, yellow and orange colors. Originally, it was delivered by wagon in wooden boxes, tubs and cartons.

The process of making candy corn is very similar today, but now machines do much of the work. Manufacturers use a corn starch molding process, in which kernel-shaped depressions are made in a tray of corn starch. Candy corn is made from tip to tip in three-color passes. First, the depression is filled with partially set white candy, known as mellowcreme. Next, the orange mellowcreme is added. The mold is then finished by adding the yellow mellowcreme, and the entire candy is cooled. After it has finished cooling, the trays are emptied and a confectioners glaze is added to make the kernels a little shiny. At last, the little candy corns are ready to be eaten.

join us on our journey

If you'd like to be updated on our progress, fill out the form below: