Legend has it that in 1670, the choirmaster at the Cologne Cathedral in Germany gave his young singers sugar sticks to keep them quiet during the long Living Creche ceremony. In honor of the shepherds featured in the story, he bent the candies into small shepherds’ crooks.

The German tradition was continued in the United States by a German-Swedish immigrant named August Imgard, who celebrated Christmas in Wooster, Ohio, by decorating a small blue spruce with paper ornaments and candy canes in 1847. The tradition began to spread, and around the turn of the century, red and white stripes and peppermint flavors became the norm.

In the 1920s, a man named Bob McCormack began making candy canes as special Christmas treats for his children, friends and local shopkeepers in Albany, Georgia. Bob’s Candies, as his business came to be known, distributed locally. But pulling, twisting, cutting and bending the candy canes by hand was a laborious process, so in the 1950s, Bob’s brother-in-law, Gregory Keller, a Catholic priest, invented a machine to automate candy cane production. Packaging innovations by the future generations McCormacks made it possible to transport the delicate canes to communities across the country, and Bob McCormack’s candy canes became a nationwide holiday treat.

How are candy canes made?

Many machines help with the production of this popular holiday confection.

Sugar and corn syrup are heated in large kettles and then vacuum cooked. The candy is poured on a cooling table where peppermint and starch are added. The starch holds flavor during mixing and prevents stickiness. Next, a kneader mixes the flavoring and candy together until it turns a golden brown color. Afterwards, it is placed into a puller that turns the candy silky white. It moves to a batch former and is made into a log-like shape.

The stripes are formed on a heating table and placed on the white log. The candy is put back on the batch roller and formed into a cone shape. Sizing wheels reduce the cone to the diameter of a candy cane and turn it into a rope. Next, a twister gives the rope its signature barber pole striped pattern.

Finally, it moves to a cutter that snips the candy into strips. The candy is kept warm so it will not harden. It is placed in wrappers and the heat of the candy shrinks the wrappers. The canes move to a crooker, which gives the candy its hook shape. The candy canes are placed into a box – also known as a cradle – and are then inspected and shipped across the globe. 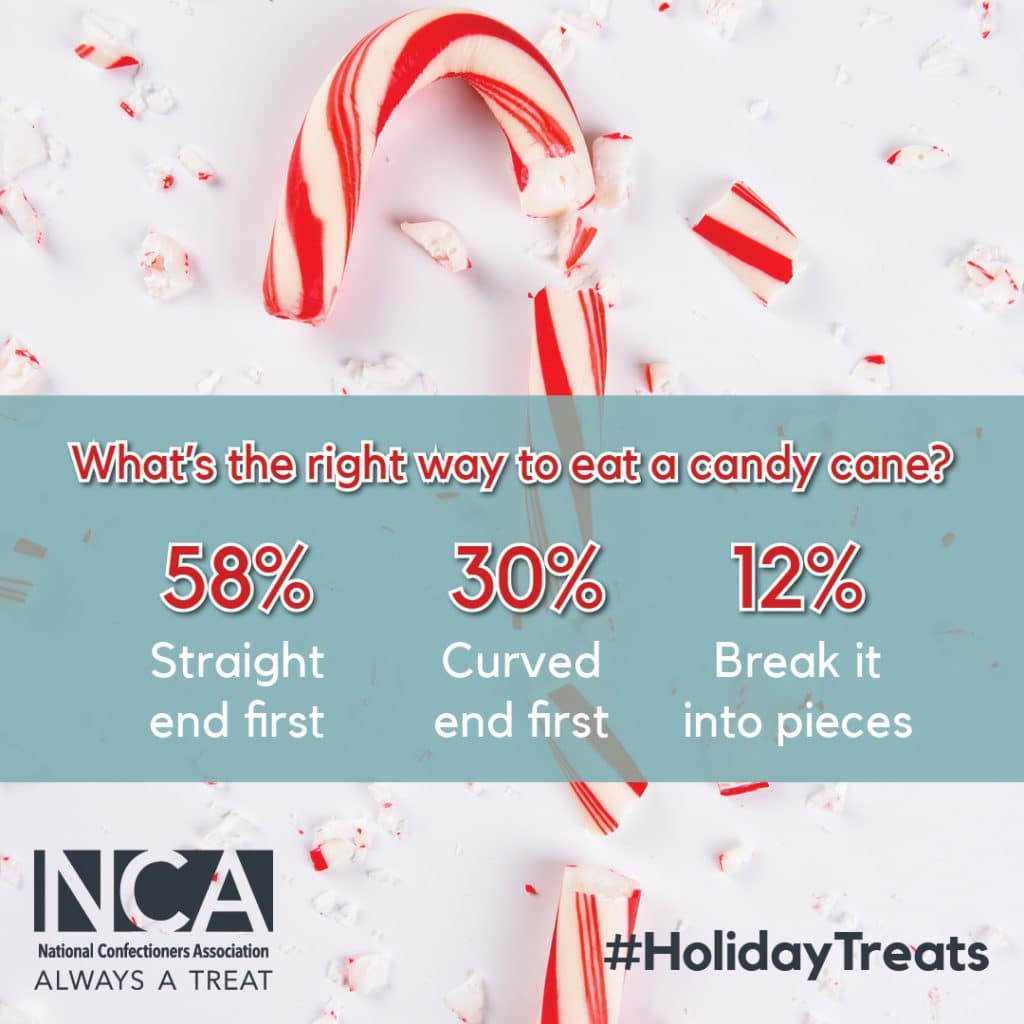 See for yourself how Spangler Candy Company makes their famous candy canes!

Join us on our journey

If you’d like to be updated on our progress,
fill out the form below: